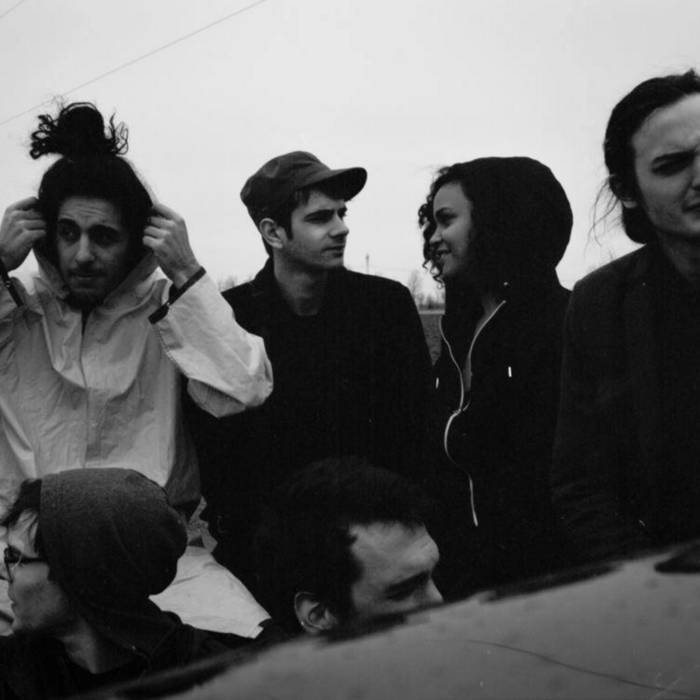 og.maxwell (Piñata Radio) When u know a bit about Schemes, the stories behind, u just feel glad that it came out. Waiting for the next one ! Favorite track: Hello.

Étienne Champagne The kind of vibes that makes you high! Favorite track: Sublimation.

Take a all-star team of arrangers, composers and writers from Montreal, don’t give them any instructions and let them navigate through free jazz, hip hop soul and broken beats: this is what you will get. All the musicians from Schemes were once session musicians for successful pop artists. Our scheme was to make that pop money and put it into a project in which there was no compromise, straight music for the soul.

Much like the session we we’re locked in, this release is a one time deal. It was recorded in various studio’s in between pop sessions, in the early hours of the morning. Everything you hear is live, no gimmicks. Schemes has been supported on underground radio’s across the world on France’s Rinse FM, New York’s Lot Radio and Brooklyn Radio, as well as London’s iconic Reprazent radio.

The first single ‘’Tomorrow’’ will see the day on April 5th – it will be released in conjunction with a mind-blowing video clip composed solely of gifs. These fragments of the internet serve as accompaniment for this rollercoaster of a tune.

All music by Schemes
Words and melodies by mikeclay and Nadia Baldé
All songs produced by Antonin Gougeon and mikeclay on Lacombe Avenue
Additonal production, mixing and mastering on Tomorrow by Maxime Philippe

I say goodbye you say perhaps
We can still fit in your one and a half
Spiritual jazz, discuss social class
Walls make bets on how long it’s going to last
Dogs run wild, barking out cat-calls
Concrete jungle, blaming it on the ass fault
Temptation strong, stronger than McGill jocks
Walk around the block, singing some Jill Scott
Stop still, staring at your Kardash Kim,
Listen to the rhythm of a heart that skip,
I’m over you like an upstairs neighbour
Banging on the ground adding off beat flavor
Swear this is the last time, feels like the first,
Time, we unemployable girl we don’t work
Call customer service, aren’t no refunds,
You love who I was and hate who I become
I still remember the summer,
We bang on one like the drummer
Until I run

Hello Hello Hello
Hello Hello Hello
Track Name: Hey There Sister pt.1
Hey there sister
Won’t you set me free
I’ve been trying now
To get your eyes off me
Dress the sun down, tell them all now
As far as I know,
How can you break, when you reap what you sow?

Hey there sister
Won’t you set me free
Tell them all now, just where I be
Simmer down

I’ve been feeling the long arm of the law
The Jah the Allah’s, this is the last straw
So hard to take it easy
I turn around, you’ve grown three feet
Oh lord tell me why, it’s so hard to try
Just to get mine

Hey there sister
Won’t you set me free
I’ve been trying now
To get your eyes off me
Dress the sun down, tell them all now
As far as I know,
How can you break, when you reap what you sow?
Simmer down

I sold green
Because I got blues to kill
No shoes on my feet
For all those who got shoes to fill
So, so far away, I watch the wind sway
And I listen to it talk to me all day
Track Name: Sublimation
Whenever the stress gets to your dome
Remember that we go to the same
Place whenever we die don’t go asking what you left behind
It makes the record skip, skip

Hey there brotherman walking down the block
Is this the right place, is this the right stop?
I’ve got to ask because I’ve never been
You going to just stand there or just let me in?
Most times words don’t need to be said
Play your heart on what lies ahead
If you guess the blueprint lose your chance
The creator has a master plan

Bottom of the totem pole, glass flow overboard
My ex an exit sign, call ahead press rewind
Do that on your separate time, purple hair picket line
God is on the podium, first second or opium
Apparently, my paradise is picturing her red cheeks
Planted under bed sheets, yesterday or next week
Hermit in apartment, petting zoo for narcissist
First time second guess, underneath her summer dress
Open letter, call god, found hell in small talk
Just call my publicist, claim her good Samaritan
Won’t come to my funeral, decimals are savages
Numbers on a napkin, Satchmo and Nat king
Nine to fivers colonize, painting for the colour blind
Fee-fi-fo-fum, Fee-fi-fo-fum
Who put the genie in the bottle of old rum?
Alley cats, happy jacks, give them all a boarding pass

Everyday I hear my past through these paper-thin walls
She be that Next door neighbour making late night calls
Yoga every morning, never saw her curtains close
Buck naked beauty stand in front of TV glow
She’s obsessed watching reruns of my yesterdays
Knocking at my front door begging for an escape
Serenade my future, mail him with regret
My minds already crowded got no room inside my head

If your days pass you by on some car window scenery
Do you do you got the baby boom greenery
Do you rich folks keep you under hypnosis
In this city machine where rumors tiptoe
Slip slide trends, perfect tens turn into sorrow
Do you spend your time on thoughts that your borrowed?
Yesterday a bandit dying to get a date
Tomorrow only sleep with those who don’t wait

Bandcamp Daily  your guide to the world of Bandcamp

Guests include Kassa Overall and Muriel Grossman, plus an LP of the week by Van Hunt.